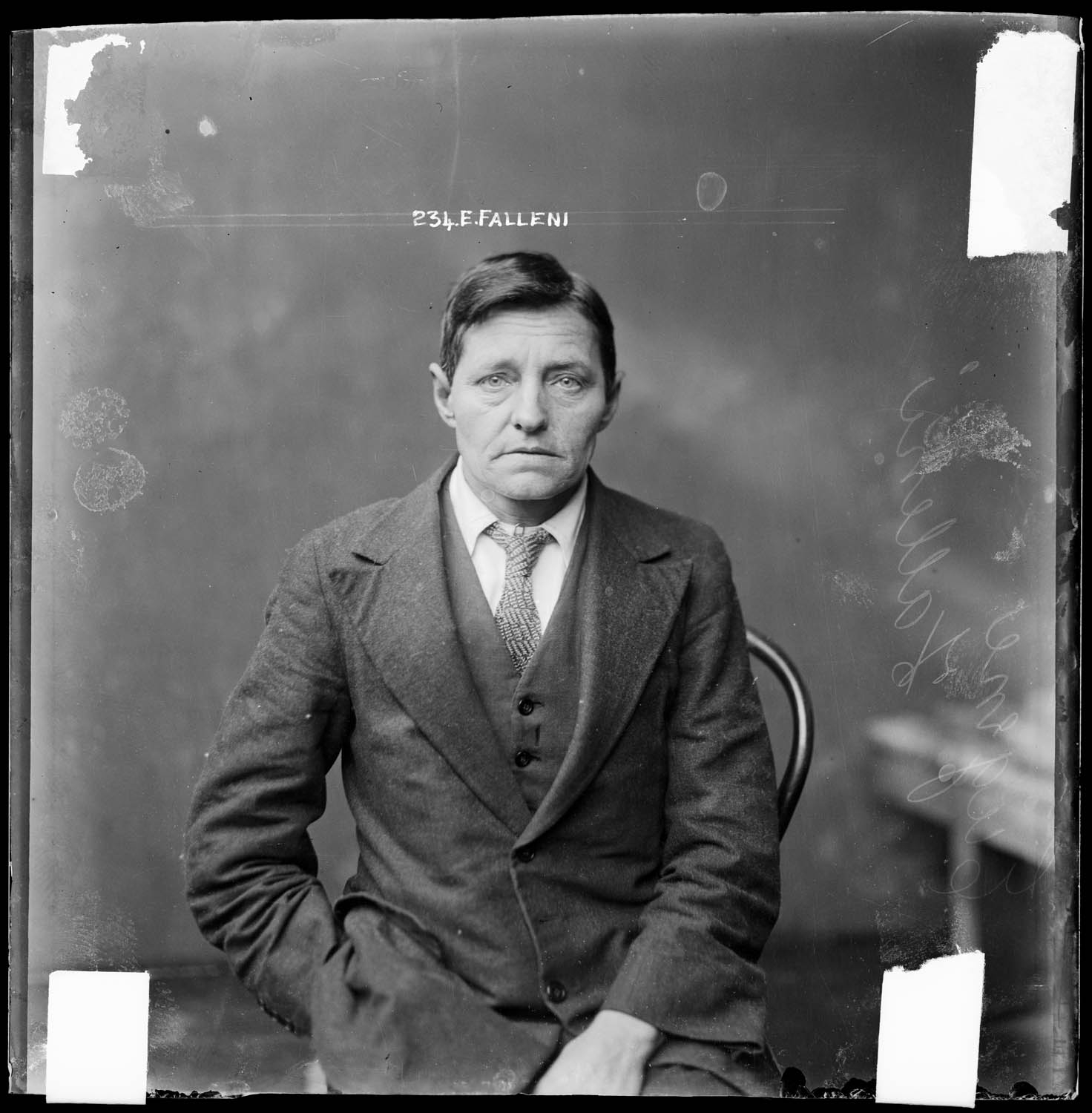 The Stringybark Creek Reserve is popular with Lane Cove residents who seek a gentle walk amongst the shady gums and moss-covered sandstone caves. Yet how many would know that this reserve was the centre of a gruesome mystery that shocked the nation and then became one of the most sensational murder trials of the early 20th century?

A pair of shoes (one with a repaired sole) and some jewellery were the only possessions found on the unfortunate female victim discovered in early October 1917. Unfortunately, the coroner could not be sure if she was murdered or taken her own life. Although it appeared she was likely burnt alive. Only an empty kerosene container and an enamel mug offered any clue to her horrifying demise.

The proclaimed Lane Cove Mystery was reported extensively across the nation. People came forward to view her remains. Tragically, it was revealed that many young women were missing in Sydney at the time, yet she appeared not to be one of them. As a result, the months passed, and the case went cold until it was finally archived and forgotten.

Harry Birkett was fifteen years old when his mother left. He missed her dearly and never understood why she would just abandon him without a word. In 1920, at age seventeen, the memory of his mother was still strong in his heart, however now he was mature enough to seek answers. He long believed that she went to live with his aunty in Kogarah, and he decided to see her. But, strangely, his aunt hadn’t heard from his mother either since she had left.

Birkett thought back to when his mother departed. He had gone away for the weekend at the end of September 1917 and returned to find her missing. He inquired with his stepfather about her whereabouts and learned she left them to be with a new man. As strange as it was, it was not impossible, as she and her husband, Harry Crawford, had been fighting a lot.

But then he remembered how strange his stepfather had behaved after. For example, Crawford, who could not read or write, came to Birkett with a newspaper the following day. He wanted to know what was written about a burnt body that had been found in Lane Cove. Then, on two separate occasions, Birkett believed his now single stepfather had attempted to kill him, only to have a change of heart last minute. Then several months later, Crawford married a new woman and was rarely seen again.

In June 1920, young Birkett approached the police and informed them about his missing mother. He also told them of his stepfather’s strange behaviour. The police managed to retrieve the shoes and jewellery that belonged to the unidentified woman. Birkett recognised them immediately as his mother’s and could even recall when his stepfather had repaired one of the soles.

Harry Crawford was arrested at the Empire Hotel in Annandale on suspicion of murdering Annie Birkett. Crawford was to be held in prison until he faced court in what would be a pretty standard domestic murder case.

However, events were about to take an incredible turn when Crawford requested to be held in a cell for women. The request, being most preposterous, was dismissed outright. Finally, however, Harry Crawford revealed his life’s biggest secret. He had been born a female.

Eugenia Falleni was born in Italy in 1875. From a young age, she wore masculine clothing and engaged in traditionally male occupations. In her teens, she ran away to be a ‘cabin boy’ on a ship.

However, she was eventually discovered to be female and subsequently fell pregnant.

She disembarked at New South Wales in 1898, gave birth to a baby daughter left in the care of an Italian woman in Sydney, took on the alias of Harry Crawford, and lived a man’s life. At age 39, Falleni married Annie Birkett, who believed Falleni was a biological male.

The media went crazy for this story, and the case of The Man-Woman Murderess went international. Falleni was ridiculed and labelled a freak and degenerate. When appearing at court, he was greeted by a large crowd of curious people wanting to glimpse the infamous prisoner that arrived dressed in a man’s suit, tie and hat. Falleni pleaded not guilty and was committed for trial with refused bail.

The trial was one of the most sensational in Australian history, with the public galleries full to capacity. This time Falleni chose to dress as a woman. His solicitors argued the Crown had no proof the body was that of Annie Birkett. Furthermore, their evidence against their client was circumstantial; hence it could not be proven beyond reasonable doubt that Falleni committed murder.

Unfortunately for Falleni, the jury found him guilty of murder, and the judge sentenced him to death by hanging. However, the state premier intervened and announced that the cabinet had decided to commute the sentence to life in prison.

Eugenia Falleni was sent to the Long Bay Women’s Reformatory and lived as a woman until being granted early release in 1931 on the condition that he remain living as a woman.

Adopting a new name, Jean Ford, he operated a boarding house in Paddington until dying after being hit by a car on Oxford Street in 1938. We will never know if Falleni was genuinely guilty of killing poor Annie Birkett. Still, we can say that he was a truly extraordinary person in Lane Cove history.

This article was originally published by Neighbourhood Media https://www.neighbourhoodmedia.com.au/post/the-lane-cove-mystery-and-the-tragic-case-of-eugene-falleni